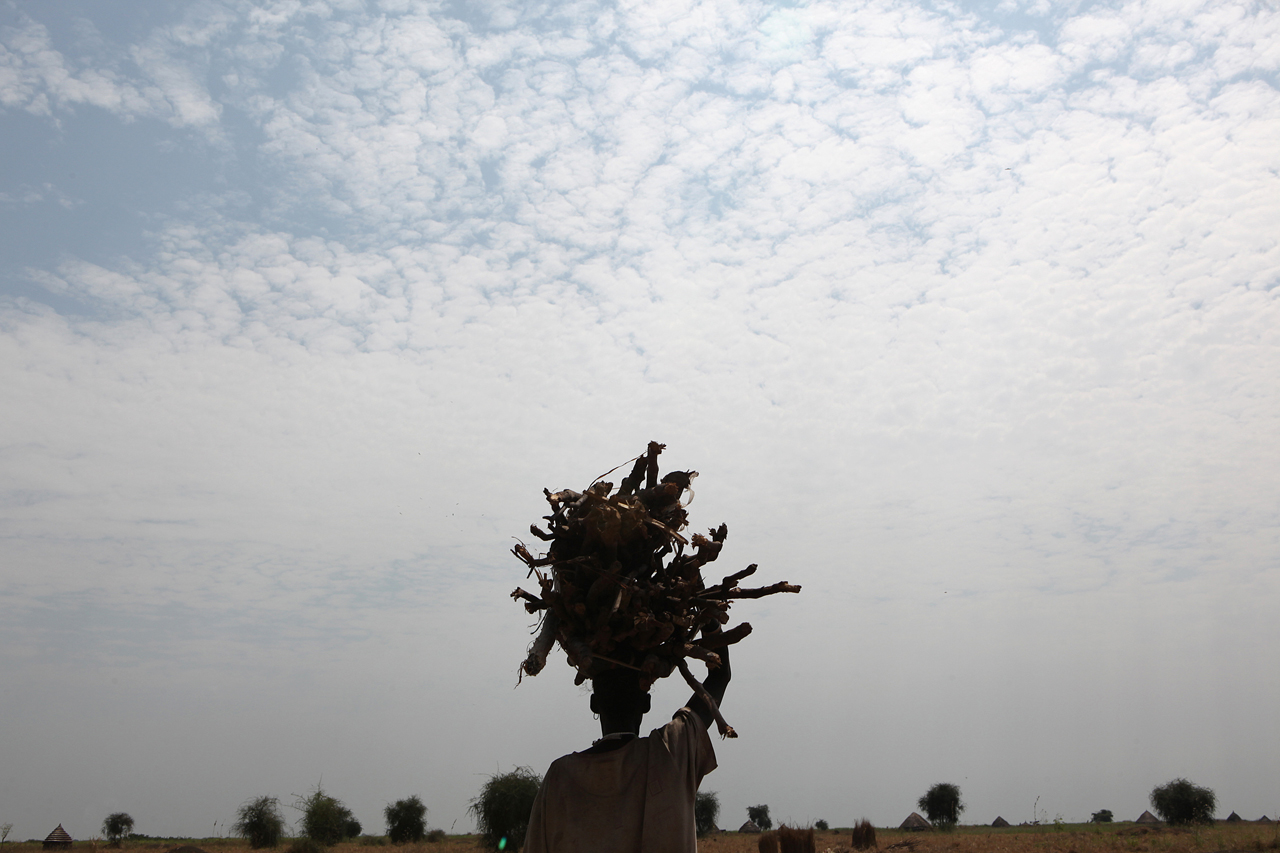 'As you see us now, we don’t have food to eat, we don’t have clothes. Lol Nuer killed many of our people. We are only the few people remaining. We can’t stay here. We are hiding ourselves in the bush, on the bank of the river. During the day we come back to Torkej to dismantle our tukuls and huts. To dismantle the tukul takes 10 days, and then we transport the wood to the bank of the river and take it to Nasir. When we sell the wood, we will buy a little sorghum and share it.'

Nyabol Badeng, from Torkej, dismantles her tukul to sell the wood and grass in Nasir for food. Torkej, Jikany Nuer territory, was attacked on 8 May by the larger Lol Nuer tribe, and is vulnerable to repeated cattle raids and attacks because of their placement on the river and proximity to Lol Nuer lands. Nyabol's 8 children and husband were all killed in the nighttime raid, and she is terrified to return home for fear of another violent attack. The Lol Nuer are perpretrators of repeated cattle raids and attacks against the Dinka, Murle, and Jikany Nuer sub-tribe. Tribal violence overall in Southern Sudan has dramatically increased in 2009, with over 2000 deaths, more people than have been killed in Darfur.