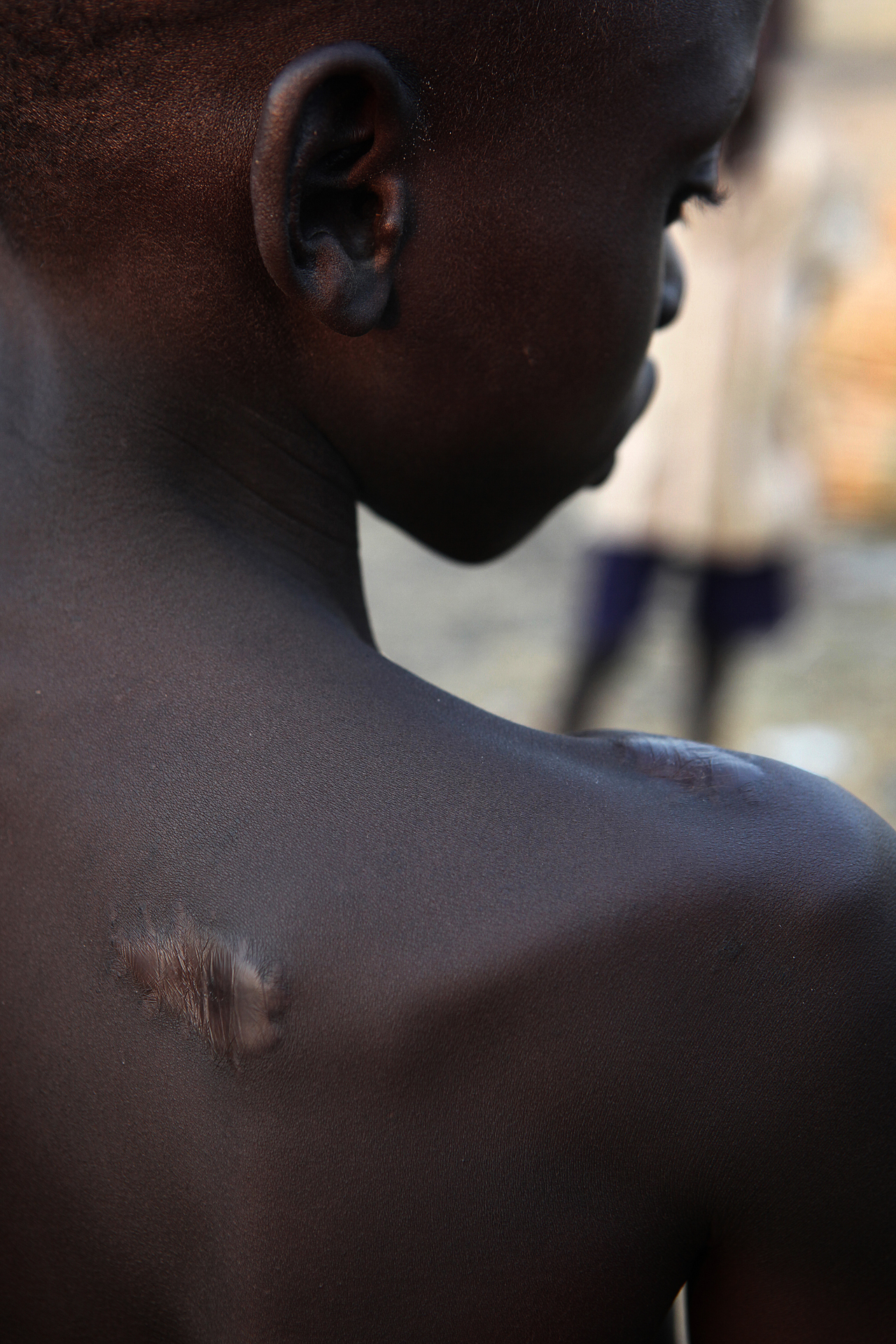 ‘When I was shot, the bullet pushed me to the ground and I was convulsing. At the same time, my brothers and sisters heard the gunshots and stood up. Many of them died. When they were killed, I started running. I escaped. I was running and fell, and I ran and fell and ran and fell, until I ran into the river to hide. The only thing I can say is that this should not happen. People should live in peace.’

Naser Wiw, 10 years old, was shot during an attack on his village, Torkej. His mother was killed, along with 56 others, during the 3am raid. Torkej, a small village on the Sobat River in Jikany Nuer territory, was attacked on 8 May by the larger Lol Nuer tribe. Torkej is vulnerable to repeated cattle raids and attacks because of their placement on the river and proximity to Lol Nuer lands. Wiw now lives with relatives in Hai Majak, an area of Nasir with many displaced from Torkej.