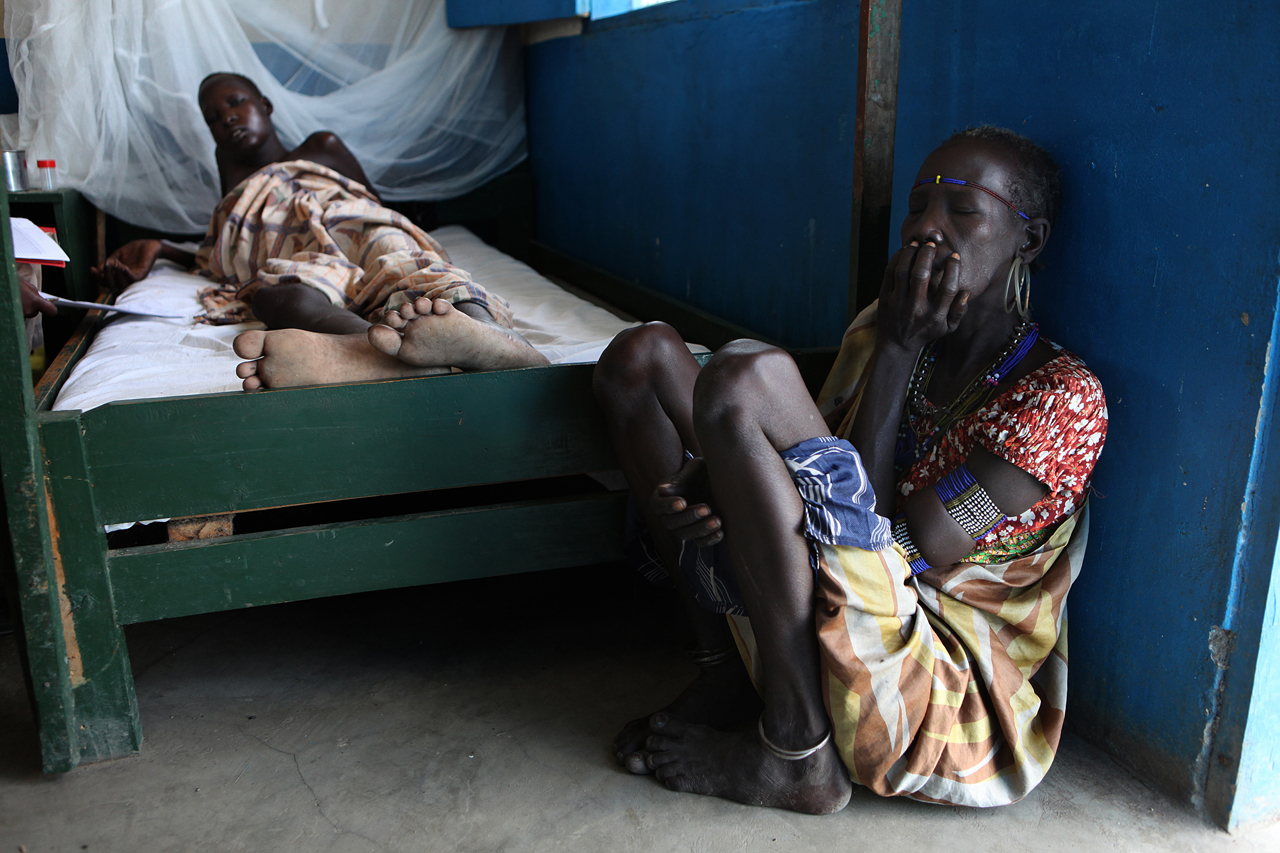 ‘My son has Kala Azar, he has been here for 10 days. Slowly he is taking rest and getting better. What I want to say to other mothers… if your children raid cattle like ours do, tell them to stop. Our children going to raid are now getting Kala Azar from the Nuer areas. I see that the disease is very terrible and my son is sick. When he gets better I will tell him never to go on a cattle raid again. I am just praying for him.’

Wera Rijo watches after her 24 year old son, Baba Dong Dong, who was infected with Kala Azar while on a cattle raid with 80 other young men in Nyirol County, Jonglei State. An outbreak of Kala Azar in Nuer land might be the last hope to reduce the attacks, as people are fearful to move to neighboring areas.