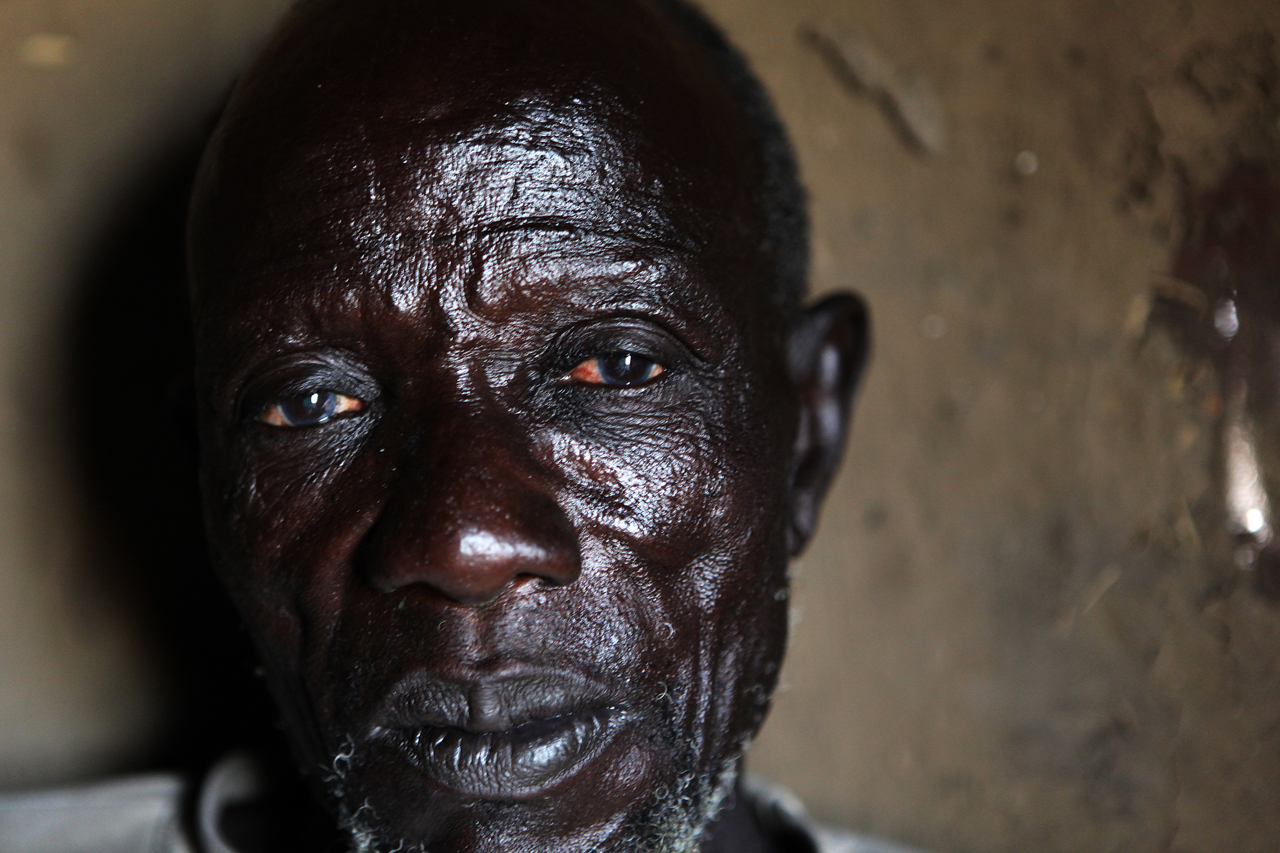 ‘Seven of my wives were killed and I remain with three. When they were killed, we buried them in Wechlita Cattle Camp after the Lol Nuer left. Not only one person was buried in one hole. Three people were buried in one hole, or 4 or 5, even 7, because the strong men were not there to dig the graves. The relatives who came to visit buried the dead people.'

Reath Tongyik, 75, the oldest survivor of the Torkej attack returns during daylight to dismantle his tukul. Seven of Reath's ten wives were killed and he is terrified to resettle in Torkej for fear of another violent attack.