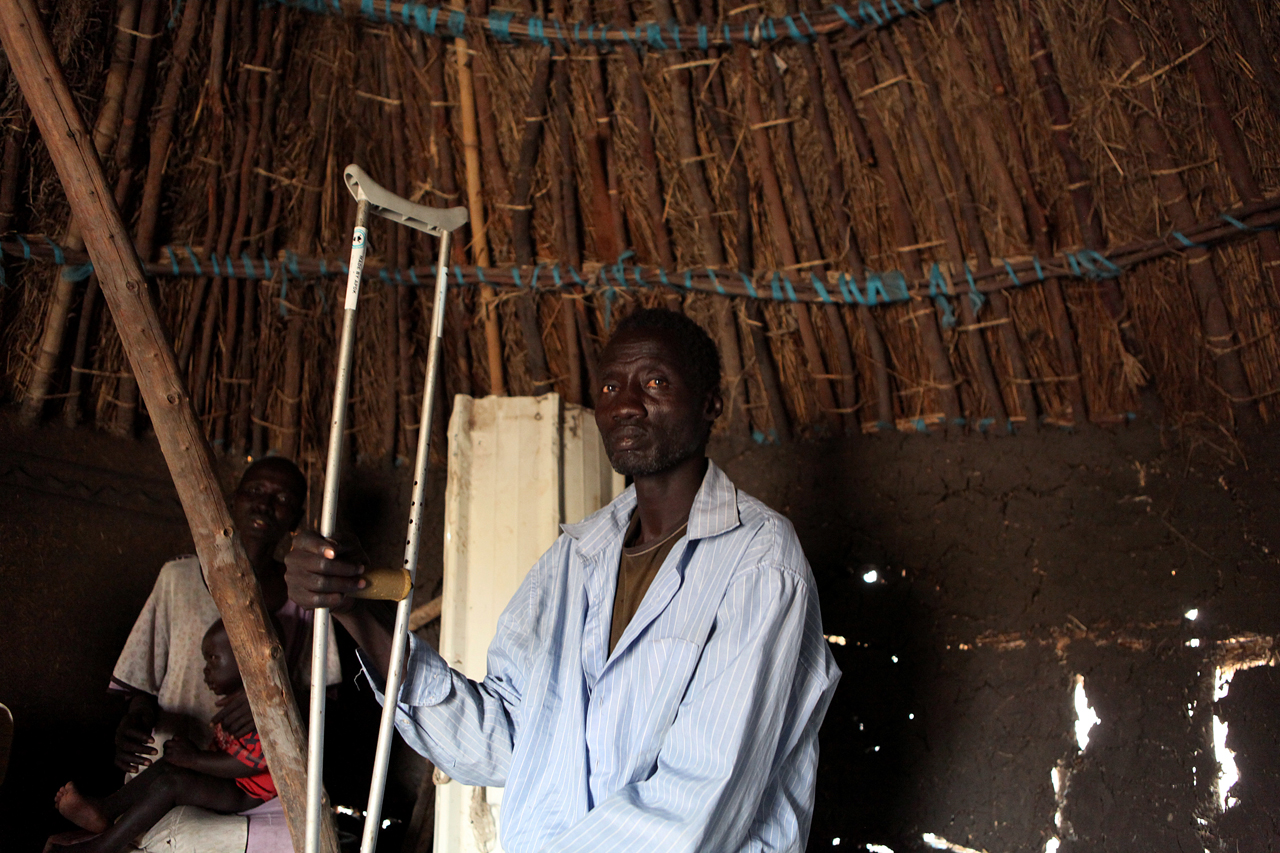 ‘When I was shot, I was sleeping in the mosquito net and I didn’t know that I had been shot. I tried to run three times. When I got enough power, I ran into the river and hid there. When the attackers killed the remaining people and took the cattle, they left, and then I came back into the village. The bleeding still continued for two days. I am still not as strong as I used to be. For now I am still in pain and just sitting idle in the tukul.’

Torkej Kuach was shot during a 3am raid on his village, Torkej. Kuach now lives with relatives in Hai Majak, an area of Nasir with many displaced.