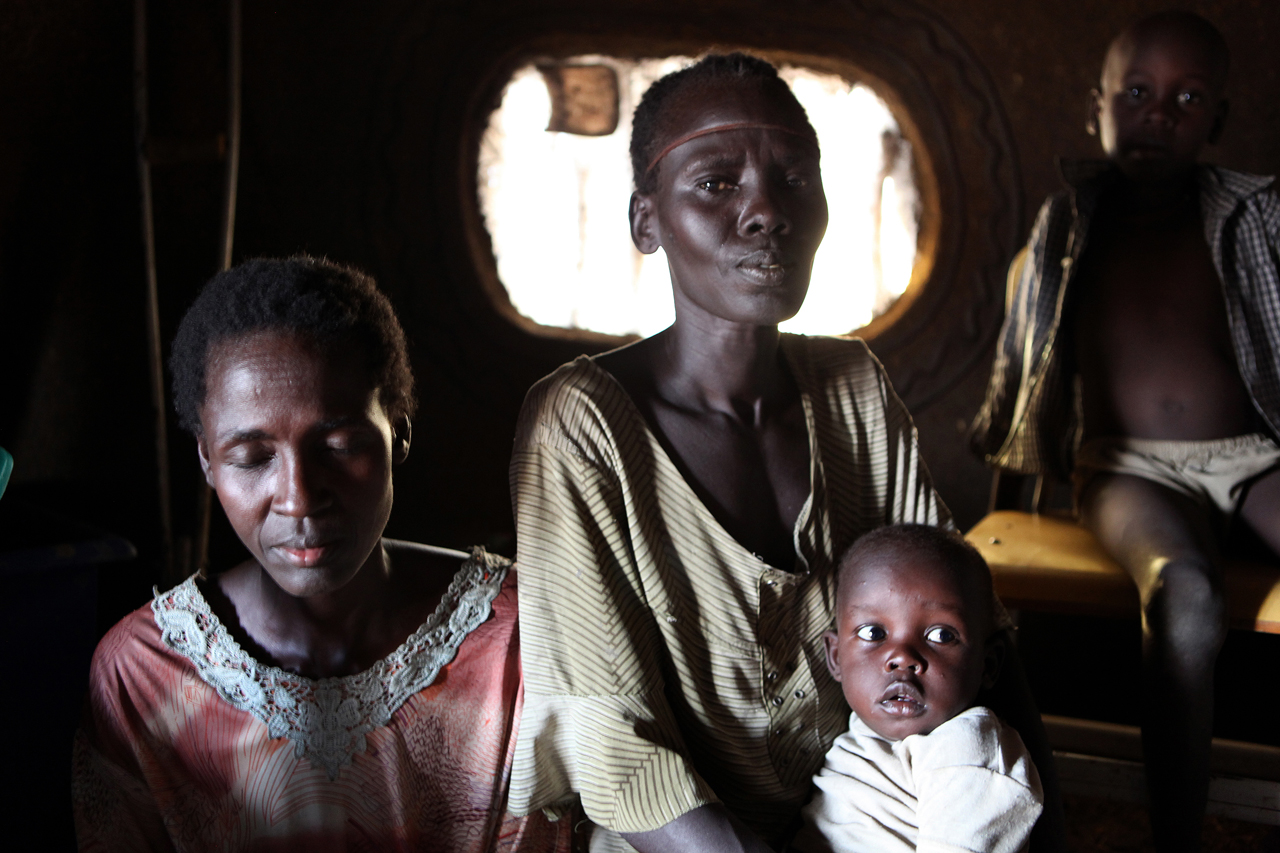 ‘I was rolling in the blood in my tukul because I was not able to walk. When the sun rose in the morning, all the neighboring villages came to Torkej to see what happened. I have many children who were killed. When we were discharged from the hospital, we came to stay at a relative’s home. This tukul doesn’t belong to us and I don’t have any permanent sleeping arrangement. We are sleeping outside. This situation is not for only my family, it is the story of all the people of Torkej.’

Nyachuol Gatbel (L) was shot in the leg during a 3am raid on her village, Torkej. Tibisa Chol Gach (R) lost her daughter in the attack and now cares for the orphaned children with her sister. Along the Sobat River in Jikany Nuer territory, Torkej was attacked on 8 May by the larger Lol Nuer tribe, and is vulnerable to repeated cattle raids because of their placement on the river and proximity to Lol Nuer lands. The family now lives with relatives in Hai Majak, an area of Nasir with many displaced. Tribal violence overall in Southern Sudan has dramatically increased in 2009, with over 2000 deaths, more people than have been killed in Darfur.