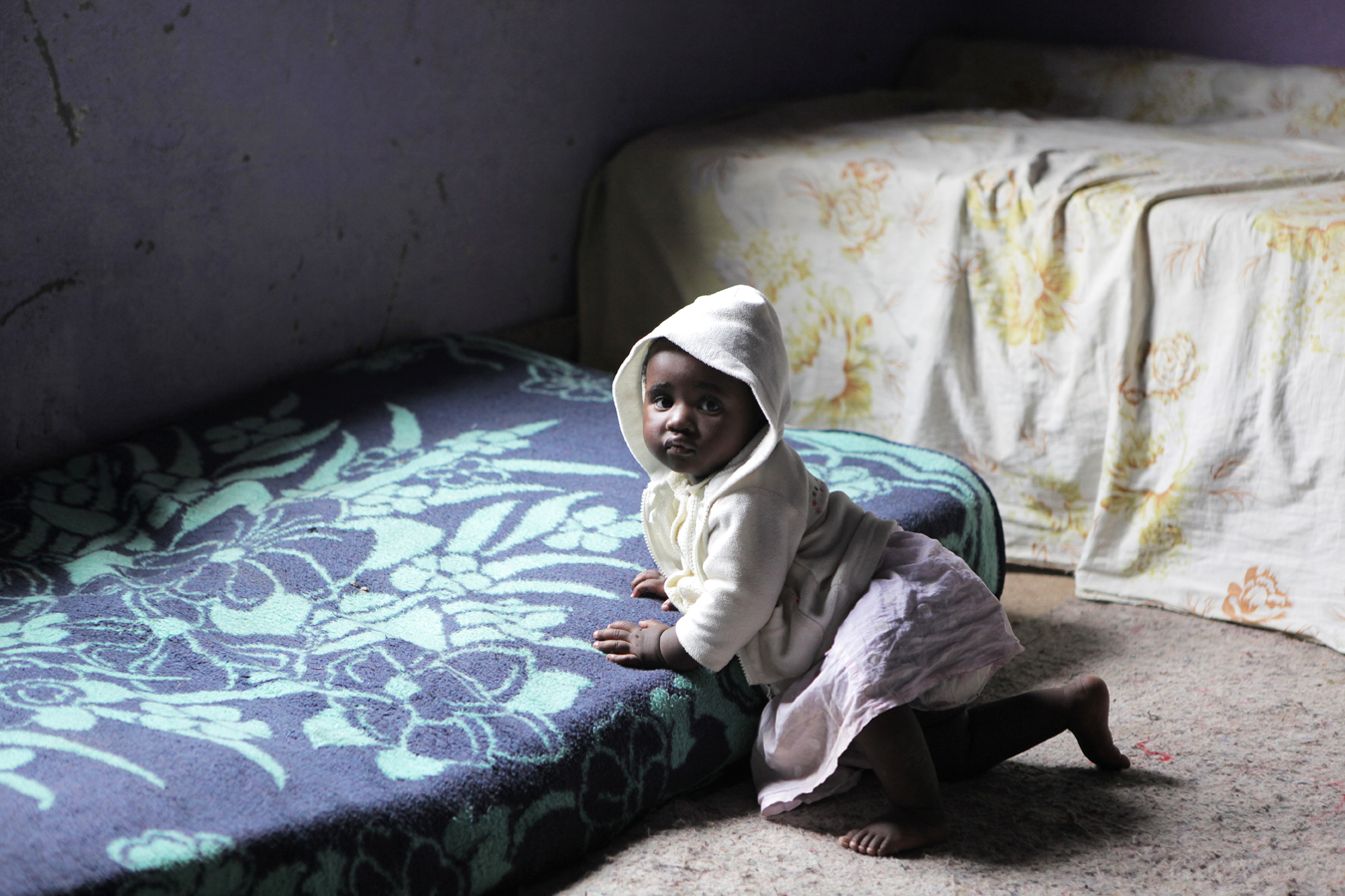 9-month-old Snqobile at the Siyazama Crèche in Hammarsdale, in the eThekwini district. Director Faith Nkize first opened as a crèche in 1994, responding to the need for children to be cared for while their parents were at work. Faith is also a foster parent for six young children who have been orphaned by HIV/AIDS. She cares for these Orphaned and Vulnerable Children (OVC) as her own, responding to requests from caregivers and relatives to care for the children who were already attending her crèche. As South Africa’s province with the highest HIV/AIDS prevalence, above 25%, Save the Children recognised the need to support caregivers to meet the physical, social and emotional needs of 200 orphaned and vulnerable children who are in ‘informal’ foster care.