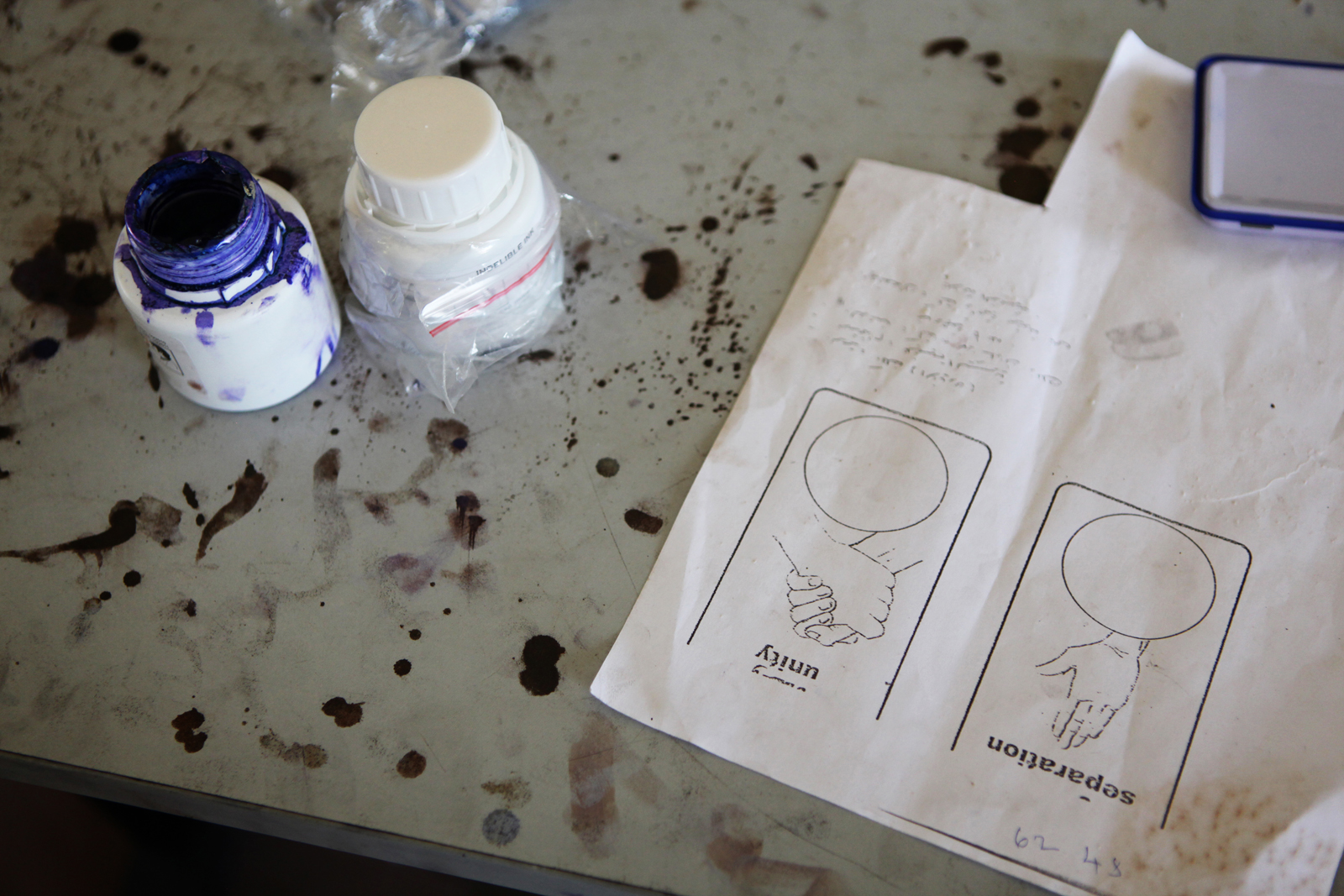 10. Ballot symbols on display at a referendum centre in Bor, Jonglei State. The symbols were released during the first week of voter registration, and many referendum centres displayed the symbols prominently, while also demonstrating to people what the symbols mean. Even though everyone has the right to make their choice privately, many South Sudanese people are quite vocal that they will vote for separation in the Referendum. The Referendum is an opportunity for the South Sudanese people to cast their vote for self-determination, and either stay united with the Republic of Sudan or secede and form their own state. After independence on July 9, 2011, South Sudan became the 54th African nation.